The coastline of Myanmar is over 3000 km long and rich in mangroves and other coastal biotopes. Worldwide the country is in eighth place with more than 500,000 ha of remaining mangroves. However, they are among the most threatened ecosystems in the world and in the area of the Ayeyarwady Delta they are severely threatened by overexploitation and conversion into agricultural land and aquaculture. In the southern province of Taninthary, there are still large areas of old and species-rich mangrove vegetation, which are now also severely threatened by human intervention.

The Manfred-Hermsen-Stiftung regards, as it does in other areas,  the integration of the surrounding inhabited areas into the conservation concept as important and is therefore committed to the long-term establishment of large-scale biosphere reserves (UNESCO Man and Biosphere Programmes) around the protected areas.

For several years now, MHS has been supporting nature conservation projects in Myanmar, the tropical country in Southeast Asia known as Birma. Many decades after independence in 1962, the country has hardly developed in contrast to most Southeast Asian countries and so much nature is still preserved. But the pressure of a growing population and consumer society is becoming more and more apparent. The very welcome democratic opening of society also creates great challenges for nature conservation in the country.

In connection with the project to protect the Spoon-billed Sandpiper, which has been supported for many years, the foundation has increasingly devoted itself to the protection of coastal biotopes. The mangrove forest is under particular pressure. In the Ayeyarwady Delta 80% of the mangroves are already lost or degraded. Only small remains are preserved as a protected area. Another Ramsar site includes this last mangrove refuge together with the surrounding tidal flats of a total of 50,000 ha, thus increasing the number of Ramsar protected areas in the country to four.

Together with the internationally active nature conservation organization Fauna Flora International (FFI), we are now planning to develop the coastal area of the Ayeyarwady Delta into a UNESCO biosphere reserve together with the local communities. The recent designation as a Ramsar site is a decisive step in this direction.

We have already carried out surveys and workshops with local NGOs and the university on this highly endangered area around the region of Myeik. Protection designation is a lengthy process and requires a long breath and the involvement of many partners. 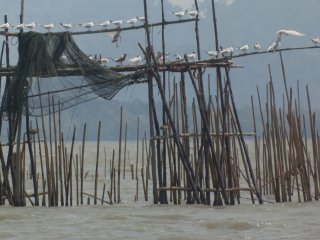 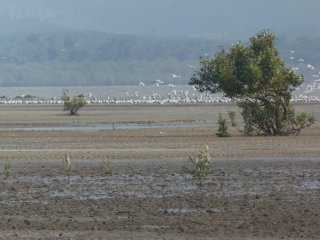 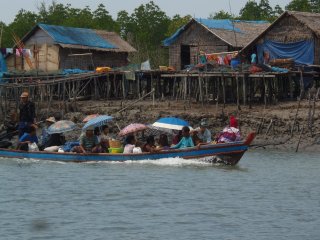 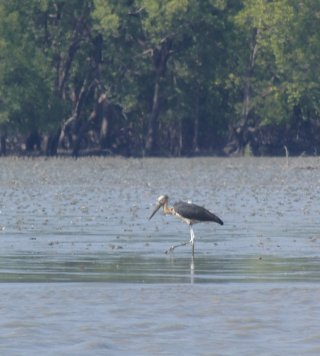 Together with FFI, we have carried out several bird surveys and mangrove surveys in recent years. First results are available (see Wader Study). With the support of UNESCO, the Foundation is significantly involved in the development of a biosphere reserve. Core areas that are particularly valuable for the rich waterfowl world are to be designated as Ramsar sites.

For the protection of the valuable mangrove areas, we have joined forces with other organizations and institutions from neighbouring countries with the help of UNESCO to form a Mekong Mangrove Forum.

2021: A Visual Assessment Scale for Rapid Evaluation of Mangrove Degradation

2019: The Mangroves of Myanmar