The Manfred-Hermsen-Stiftung sees considerable potential, especially in Russia, to store significant amounts of carbon by rewetting large degraded peatlands. In addition to climate goals, these projects offer the unique opportunity to promote the protection and development of endangered habitats and species. Cranes, Greater Spotted Eagles, Black Grouse, Double Snipe and many more benefit from the measures, actively supported by beavers. The water retention in the peat bog is particularly important for the endangered, typical peat bog flora, which under favourable conditions can even bring about active bog growth again.

Since 2011 we are supporting several rewetting projects in the region around Moscow under the challenging conditions of the new Russia. Our partner Birds Russia, whose establishment we were able to support especially in its start-up phase and also to acquire the German BirdLife partner NABU, is implementing these projects.

In Taldom, the nature reserve "Motherland of the Crane", about 80 km north of Moscow (see map), we were able to renature large areas of peatland and forest in several steps: In the meantime, more than 1200 ha have been rewetted directly and indirectly by backfilling ditches and retaining dams. A total of 22 dams serve to maintain water levels and support the regeneration of the bog bodies and protection against bog fires, and they help cranes, Greater Spotted Eagles and many others with extended habitats.

The Common Crane needs wet swamps and woods to breed. Intact or rewetted bogs are exactly the right habitat, as many renaturations in Northern Germany have shown. Alongside the crane, the Greater Spotted Eagle in particular will also benefit from the measures. Additional measures such as nest platforms are intended to strengthen the development of a healthy population.

Further rewetting areas are located east of Moscow in the Ivanovo region and the Tugolesskiy Moor, where 200 ha of peatlands are being rewetted in 2021. Here, the main aim is to stop the regularly flaring peat fires and at the same time to promote typical peatland species such as the black grouse.

The funding for the establishment of a small environmental education centre in Dimitri fulfils the important task of reversing the still widespread bad image of peatland as "wasteland" and highlighting its values. This is particularly significant in the vicinity of the metropolis of Moscow.

In 2020, another 4 dams were built on sewage ditches and up to 460 hectares were rewetted as a result. The water level in the catchment area of the Vjulka River increased by up to 0.9 m in some areas. This reduces the fire hazard in the peatland. Human accessibility to the area is made more difficult and the protection and food supply of the mammals and birds living there is improved.

2020: Rewetting in Moscow and Ivanovo regions

2019: Rewetting in the north of Moscow region 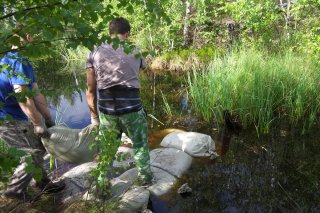 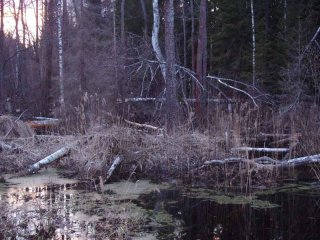 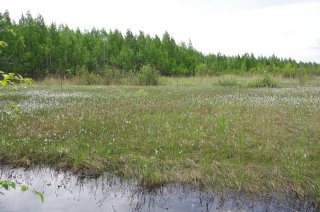 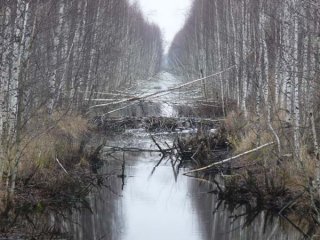 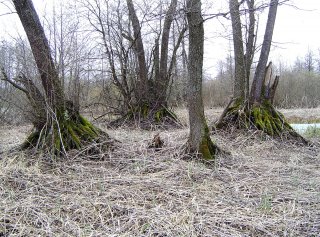